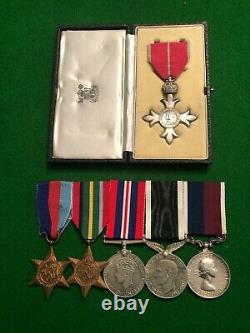 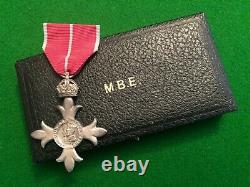 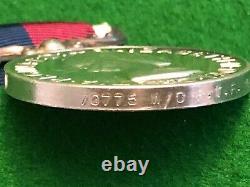 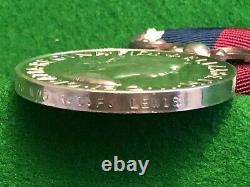 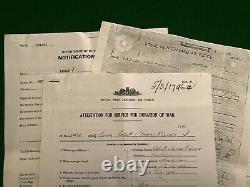 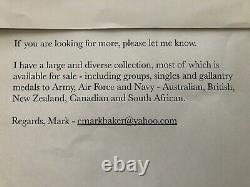 An impressive Royal New Zealand Air Force MBE and Long Service Medal Group to a career warrant officer who served in the Pacific during World War Two. Member of the British Empire (Military) medal in case of issue, 1939-45 Star, Pacific Star, War Medal and New Zealand War Service medal all unnamed as issued with QEII Air Force Long Service and Good Conduct Medal correctly impressed to 70775 W/O R. Robert Thomas Francis Lewis was born in Masterton in December 1921 and enlisted in the Royal New Zealand Air Force in June 1942. He saw operational service in the Pacific and after the war served a technical instructor, rising to the rank of warrant officer in 1959. Lewis was awarded the MBE (London Gazette 11 June 1960) for his distinguished service.

He was discharged in June 1970 after 28 years service and died in 1983. The group is in very fine condition, unmounted with original ribands.

Comes with a copy of his service record confirming all entitlements, and other research. The item "New Zealand Air Force MBE and Long Service Medal Group" is in sale since Friday, April 30, 2021. This item is in the category "Collectables\Militaria\Other Eras, Wars". The seller is "ausmedal" and is located in Melbourne, VIC. This item can be shipped worldwide.