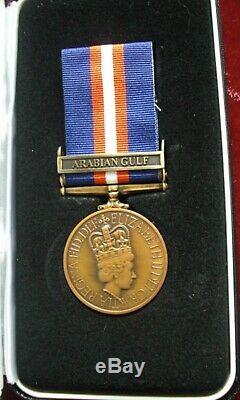 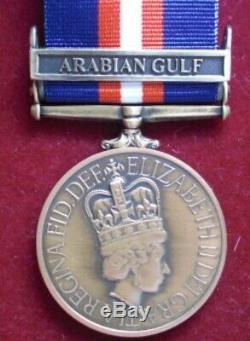 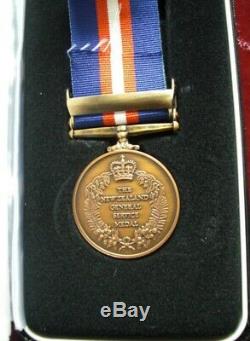 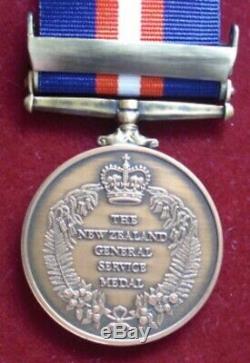 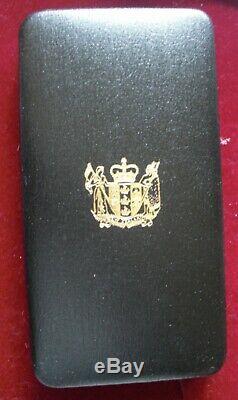 New Zealand General Service Medal in Bronze (unwarlike Operations) with Clasp Arabian Gulf. Genuine New Zealand Defence Force (NZDF) issue, and unnamed. Usually issued named for first issue, requests for replacement medals or lost medals from ex-service personnel used to be re-issued unnamed. This practice has no ended, but I picked up a number of these replacements some years ago. The NZGSM with clasp ARABIAN GULF was for service in the Arabian Gulf between 4 Oct 1995 - 31 Dec 2001, and was mainly awarded only to RNZ Navy staff, and some RNZ Air Force posted to the boats for the helicopter component.

This medal is gauranteed 100% genuine, and I'll include an extra 30cm of the ribbon because the short length pictured was only to dispaly the correct ribbon. Medal comes in the official NZ crest embossed fitted case, with cardboard outer. The item "New Zealand General Service Medal, clasp Arabian Gulf" is in sale since Tuesday, December 31, 2019.

This item is in the category "Collectibles\Militaria\Current Militaria (2001-Now)\Original Items\Medals & Ribbons". The seller is "clubbynz1" and is located in Wellington. This item can be shipped worldwide.