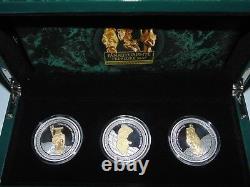 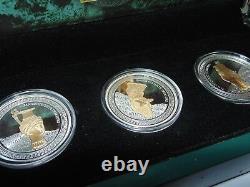 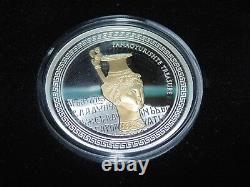 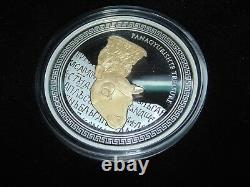 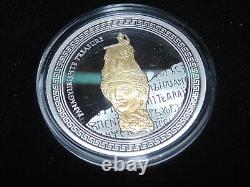 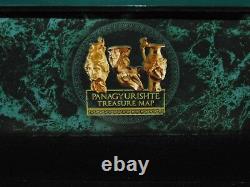 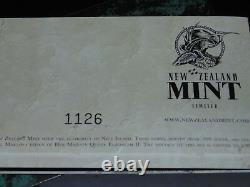 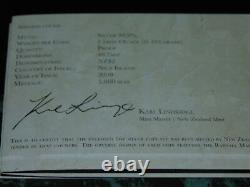 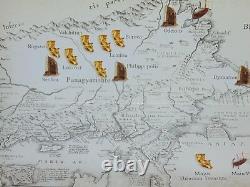 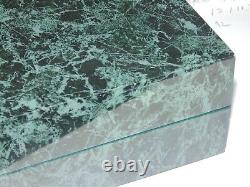 The Panagyurishte treasure consists of nine richly adorned vessels with total weight of 6.164 kg 23-carat Gold. It was discovered in 1949 during earth-digging works near the town of Panagyurishte.

The gold beverage set includes a phiale (a bowl), an amphora and seven rhyta (cups). Seven utensils are horn-shaped rhyta, three are formed as animal heads, one represents the front half of a goat's body, and three are shaped as women's heads.

All of them are adorned with scenes from the Greek mythology. On the neck of the Aries-shaped rhyton are represented the figures of the sitting Dionysus and the bacchante Eriope with dancing bacchantes around them. The handle of the vessel ends in a lion's figure.

A group of goddesses (Athena, Hera and Aphrodite) with the famous Greek hero Paris is portrayed on one of the deer-shaped rhyta. They symbolize a scene well known from mythology - the Judgment of Paris, the cause of the Trojan War. On the neck of the second deer-shaped rhyton two heroic scenes are depicted: Heracles against the doe of Cerynia and Theseus against the bull of Marathon. The goat-protome-shaped rhyton is decorated with Hera's figure, sitting beside of Artemis and Apollo. Nike, the goddess of the victory, is shown on the rear side.

The women's heads represented by three of the rhyta are probably heads of Amazons. The handles of all three rhyta end in the figures of sphinxes.

The women's well arranged hairs with veils, necklaces, and also the helmet on one of the Amazon heads are shaped in relief and are very rich on ornamentation. The Panagyurishte Gold Treasure is one of the most representative testimonies for the art and the mythology of the Thracians and the people from Eastern Mediterranea. The gold was the favorite metal of the Thracian aristocracy who controlled and possessed most of its extraction in the Ancient world. Large quantities of the precious metal were used for the production of royal utensils and cultual vessels. A large number of antique treasures with precious metals objects come from Bulgaria, but the one from Panagyurishte is the most dazzling of all.

For the last 40 years the treasure has been constantly exhibited in over 40 countries on five continents - a rebirth of a unique masterpiece of the ancient art. The triumphal tour includes more than 40 capitals and cities - Rome, Paris, New York, Moscow, Berlin, Prague, Budapest, Tokyo, Mexico city, New Delhi, Montreal, Madrid, Boston, Detroit, Helsinki. Wherever exhibited, it arouses the admiration of both academics and connoisseurs.

The new collector's coin set was minted in accordance with the Agreement between the New Zealand Mint, First Investment Bank and the Regional Archaeological Museum in Plovdiv, Bulgaria. They are included 3 Niue Island Silver Gold gilded coins of 1 oz Silver fineness 999 each. This item is in the category "Coins & Paper Money\Coins: World\Australia & Oceania\New Zealand".sterling" and is located in this country: US.