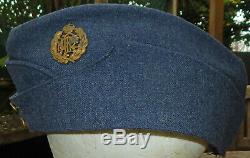 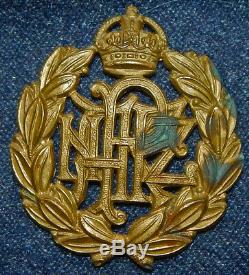 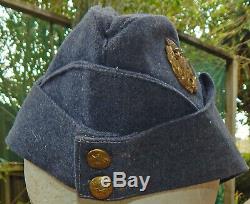 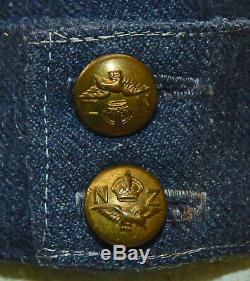 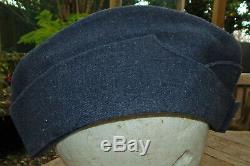 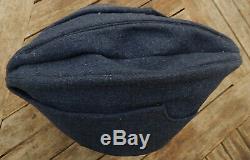 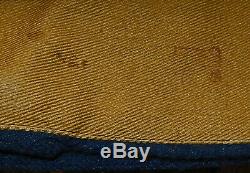 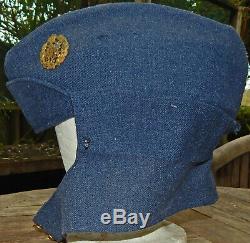 Second World War era "Side Cap" or Forage Cap worn by a member of the Royal New Zealand Air Force. Bears the "entwined acronym" RNZAF which is the VERY HARDEST of ANY Commonwealth Air Force to ACTUALLY READ. Based on the original WW1 era RFC cap badge, and the subsequent "conversion" to the RAF all British Commonwealth Air Forces based their cap insignia on that o the RAF.

However with FIVE entwined letters?? The RNZAF badge has become practiacally illedgibleI have been asked MANY TIMES by antique sjop owners What is this badge for/from? SIZE = This cap is too big for me by 1-2 sizes!!

Depending on style and how it is worn, only the eyes, mouth and nose, or just the front of the face are unprotected. Versions with a full face opening may be rolled into a hat to cover the crown of the head or folded down as a collar around the neck.

The name comes from their use at the Battle of Balaclava during the Crimean War, referring to the town near Sevastopol in the Crimea, where British troops there wore knitted headgear to keep warm. The Royal New Zealand Air Force (RNZAF) is the air force component of the New Zealand Defence Force.

It was formed from New Zealand elements of the British Royal Air Force, becoming an independent force in 1923, although many RNZAF aircrew continued to serve in the Royal Air Force until the end of the 1940s. The RNZAF fought in World War II, Malaya, Korean War, Vietnam and the Gulf War plus various United Nations peacekeeping missions. The RNZAF's air combat capability ended in 2001 with the disbanding of the A-4 Skyhawk squadrons.

The Air Force is led by an air vice-marshal who holds the appointment of Chief of Air Force. The RNZAF motto is the same as that of the Royal Air Force, Per ardua ad astra, meaning "Through adversity to the stars". We will happily COMBINE these....... Any questions please message me well before my listing's end-time.

A GST receipt will be included IF requested. The item "Royal NEW ZEALAND Air Force Side Cap Forage HAT WW2 era RNZAF Very LARGE Size" is in sale since Saturday, August 10, 2019. This item is in the category "Collectibles\Militaria\WW II (1939-45)\Original Period Items\Great Britain\Hats & Helmets". The seller is "phillip_in_new_zealand" and is located in Auckland (aprox. 12,000 "clicks" from USA). This item can be shipped worldwide.