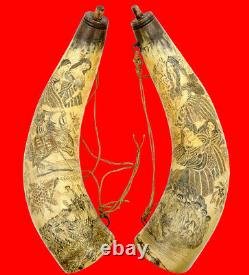 In 1813, one of New Zealand's well known early missionaries, Samuel Marsden, asked the CMS to fund a mission to New Zealand. He had been impressed with the Maoris he had met in New South Wales on an earlier occasion, and felt that they needed to be evangelized. He succeeded in gathering together a band of settlers to accompany him, including a teacher and a joiner. Due to bureaucratic problems, the earliest missionaries arrived in New Zealand at the Bay of Islands in 1814.

The mission had two main goals: Christianisation of the Maori people and the attempt to try and keep law and order among the European settlers. The first Christian Mission Station in New Zealand was set up by Marsden in the Bay of Islands, the same year they arrived.

However, the missionaries arrived to a violent atmosphere. Maori were busy trading with settlers for muskets to use on other tribes, and even the missionaries were beginning to argue amongst themselves. Marsden was also experiencing problems with the governor in New South Wales, who was treating the Mission as a bit of a joke. Williams became highly respected among Nga Puhi, and prevented fighting on several occasions.

Missionary influence also put an end to slavery and cannibalism among the Maori. The first baptism of a Maori in New Zealand was conducted in 1825. Between 1834 and 1840, Mission Stations were established at Kaitaia, Thames, Whangaroa, Waikato, Mamamata (which was abandoned during tribal wars in 1836-37), Rotorua, Tauranga, Manukau and Poverty Bay.

By 1840, over 20 Stations had been established, many of which were based in the North Island. Maori learnt much from missionaries.

Not only did they learn about Christianity, but they also learnt European farming techniques and trades and how to read and write. Missionaries also transcribed the Maori language into written form.

For many Maori, missionaries were the first contact they had with Europeans, so the missionaries wanted to leave a good impression with the Maoris. In 1838, a report indicated that the Church Missionary Society stations were staffed with five ministers, 20 catechists, a farmer, a surgeon, an editor, a printer, a wheelwright, a stonemason, two assistant teachers and two female teachers. Mission Stations customarily consisted of a house for the Missionary's family, a school room, a chapel, a sleeping quarters for school children and Maoris who were being trained as teachers. A farm and orchard were often attached. From the Mission Stations, Missionaries could visit a circuit of Maori villages by foot. The Missionary William Yate began printing in Maori in the early 1830s. The Church Missionary Society later sent a trained printer, William Colenso, and a printing press to Paihia, enabling Maori bibles to be printed in New Zealand. The first complete New Testament bible in Maori was printed in 1837.

By 1840, much of the Old Testament had also been translated into Maori by William Williams and Robert Maunsell. Many copies of the translated bible were distributed direct from the printing press in Paihia. French Missionary Efforts :In the 1830s, French missionaries introduced Catholicism to the Maoris. Jean Baptiste François Pompallier was one of the main missionaries behind this movement.

Pompallier was appointed the first vicar apostolic of Western Oceania, and arrived in New Zealand at Hokianga on the 10th of January 1838. Unfortunately for Pompallier, most of the Maoris around Hokianga were already Methodists, and were openly hostile towards the recently arrived Catholics. By 1840, the headquarters of the mission had changed to Kororareka.

Additional Catholic Mission Stations were soon set up at Whangaroa, Kaipara, Tauranga, Akaroa, Matamata, Otaki, Rotorua, Rangiaowhia and Whakatane. In 1840, Pompallier was present at the signing of the Treaty of Waitangi, and it is thanks to him that the fourth article, involving freedom of religion, is present.

In 1841, a report showed 164 tribes as Catholic. Many missionaries were opposed to the colonization of New Zealand, because they wanted to avoid conflict between Maori and Europeans for land and resources, but were gradually convinced it would be for the best, and in turn convinced many Maori Chiefs to sign the Treaty of Waitangi between the British Crown and Maori. Size of each : 18" in length, Size of the wooden plugs on the bottom : 4 1/2" x 4. Listing and template services provided by inkFrog. The item "Spectacular Presentation Scrimshaw Horns New Zealand Christian Maori War Dance" is in sale since Sunday, December 6, 2020.

This item is in the category "Collectibles\Militaria\1784-1860\Original Period Items". The seller is "antiqueblades" and is located in Saint Petersburg, Florida. This item can be shipped worldwide.