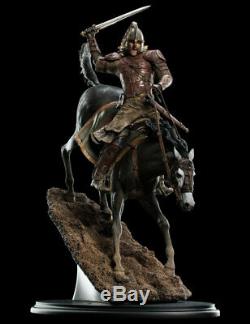 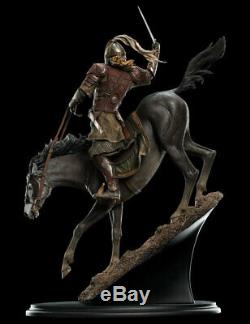 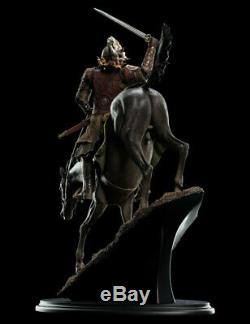 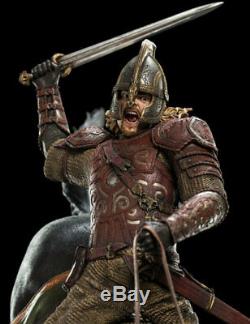 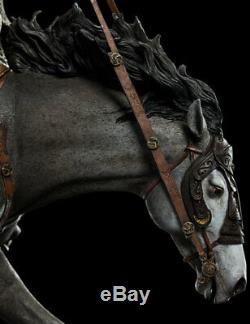 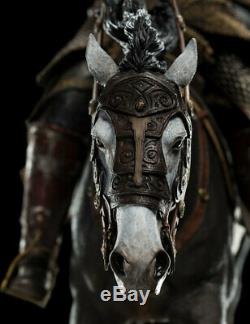 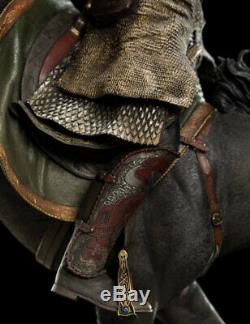 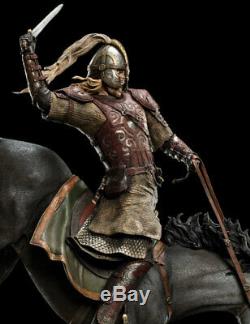 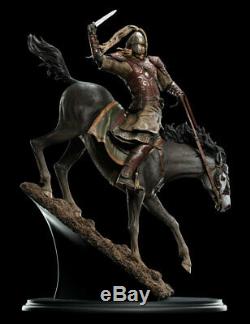 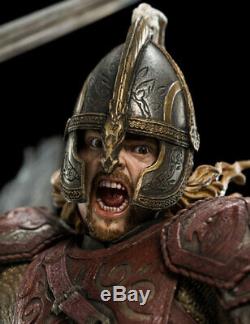 Nephew of ailing King Théoden of Rohan and captain of the Mark, Éomer was as loyal to his liege as the truest Rohirrim, but for questioning the orders of Gríma Wormtongue, the horse lord was banished. Taking his Éored, he rode from Edoras to make private war upon the Orcs that had invaded their realm, even as Théoden turned a blind eye. In truth the fallen Wizard Saruman had gained influence over Rohans king by sorcery. Upon the return of Gandalf Théoden was freed of Sarumans grip, but not before much of his country had been usurped or put to flame. As Sarumans legions marched upon them, the Rohirrim fled to the fortress of Helms Deep to mount a last stand against the Wizards hordes. Outnumbered and outmatched, the few defenders held as long as they could, but defeat loomed.

Then suddenly, as the first rays of sunlight crested the rise to the east, a great host of riders appeared, their spears gleaming in the radiance of the dawn. Led by Eomer upon his brave horse Firefoot, the Riders of Rohan streamed headlong down the scree slope, voices united in a mighty yell and swords held aloft. Like the coming of the tide they swept over the army of Isengard, saving their king, his people, and their realm. Adding to its high-end The Lord of the Rings line, Weta Workshop is proud to present Eomer on Firefoot.

Sculpted by Weta Workshop sculptors Jane Wenley, Brigitte Wuest and Paul van Ommen. Choosing a sculpting medium is much like choosing the right club in golf. It's a very personal choice. Sculpting collectibles, though, is not a game of golf - it is a marathon. Weta Workshop: Celebrating 20 Years of Creativity. This piece is brand new and factory sealed!

Please check out our many other great items! The item "WETA Lord of the Rings Eomer on Firefoot NEW HOBBIT THEODEN ROHAN EOWYN GANDALF" is in sale since Friday, May 1, 2020.